My new drawing series, We Don’t Need Another Hero, features people of colour as outlaws of their post-apocalypse, drawn as if posters for fictional movies.

As an artist of colour, my racialised existence has inherently informed my work, but this new series explicitly investigates racial politics. I’ve sought out peers from various sociocultural and racial backgrounds to propose characters, costumes, and fictional surrounds to represent themselves as survivors of their armageddon. The post-apocalyptic genre seems a relevant forum to discuss Indigenous and people of colour immigrant experiences living in settler colonial realities.

Subjects include contemporary Indigenous artist Tony Albert in “Yesterday When The War Began’, Samoan circus and burlesque performer Fez Faanana in “Attack of the Under Water Woman”, Indigenous activist Robbie Thorpe in “Armageddon Out of Here”, Papua New Guinean performance artist Pandie Panther in “Uritai Headhunter: Warrior of Paradise”, Colombian hip hop emcee Ben Beracasa aka Clandestine Voice in “When the South Rises” and Indigenous historian and activist Gary Foley in “Creature from the Black Platoon”.

Gallerysmith will host We Don’t Need Another Hero from 13th October 2011. Opening event on Friday 21st October 6-8pm, to be opened by Gary Foley and featuring performance by the Ladies of Colour Agency and tunes by DJ Pandie Panther. 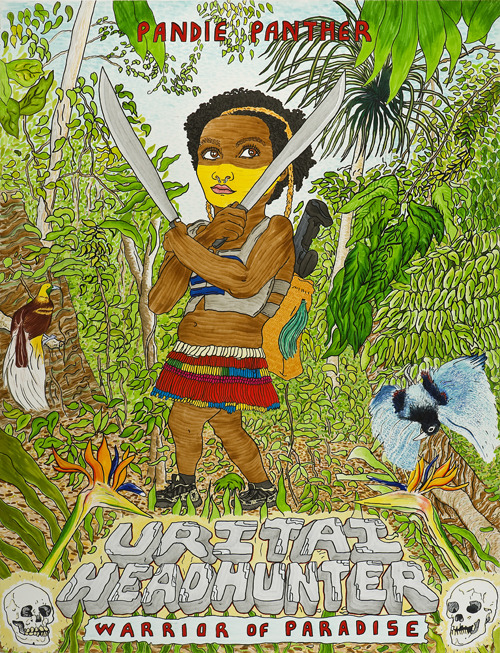 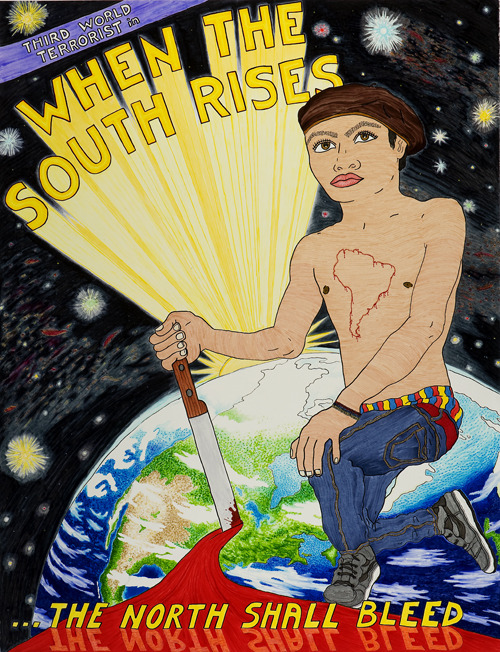 Third World Terrorist in “When the South Rises” 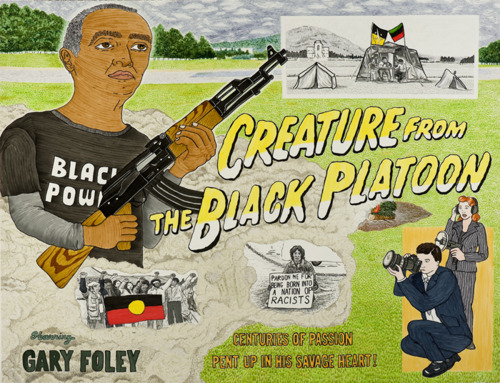 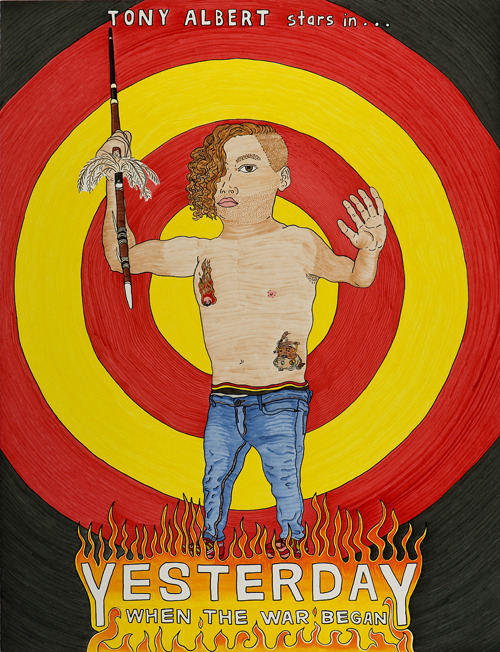 Tony Albert stars in “Yesterday When the War Began” 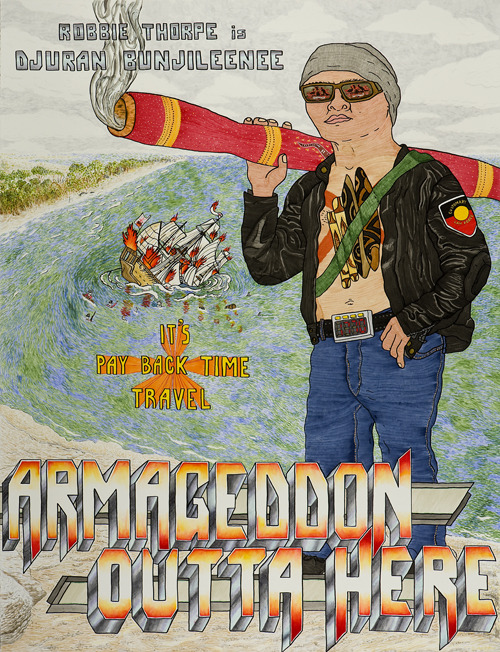 Warriors of colour pose as militant outlaws of their post-apocalypse in these fictional movie poster portraits. This tongue-in-cheek, post-apocalyptic science-fiction framing presents a relevant space to visualise and communicate Indigenous and other racialised people’s experiences of colonialism. The artist takes inspiration from friends of various socio-cultural and racial backgrounds, who were asked to propose characters, costumes, and fictional scenarios to represent themselves as survivors of their apocalypses. Juxtaposed with riotous headings, these figures are languid, stern in their power, and commemorated for their life’s work in resistance.

Movie blurb for each portrait written by the movie protagonist.